In an almost unbelievable turn of events, the Android Market is hosting sales of a new video game called DOG WARS. It is basically a game that involves training/feeding a dog in preparation for dog fights where the player can win virtual money. 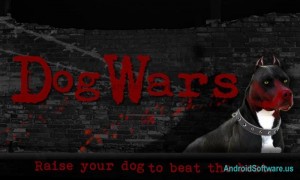 It’s been broadly lambasted throughout the dog owning world (and we suspect most human being who are not utterly morally corrupt) as the most outrageous and sick exploitations for profit to date, and we fully agree!

When Google went public, it famously said in the papers accompanying its offering that its motto would be “Don’t do evil.” Here is a company, it publicly proclaimed, that will not only create great technology and deliver big profits to investors, but will do so with a sense of morality and fair play all too often missing from the business world. Google, who for the longest time have traded on their “nice” image appear to have stumbled badly and fallen flat on their faces.

For more information and details of how to complain and protest to Google, read the Bread Specific Legislation News website.